This arts integration strategy for visual art and ELA was inspired by Sylvain Coissard’s The (True) History of Art.  In this book, the artist imagines what happened before Edvard Munch screamed, before Mona Lisa smiled, before Van Gogh painted his Bedroom in Arles. Each page of the book is organized in three panels: before the picture, the catalyst, and the final work. While the book itself isn’t necessarily one I’d keep in the classroom, the premise behind the book is a fantastic formula for an art strategy integrating visual art and ELA with a little creative storytelling! 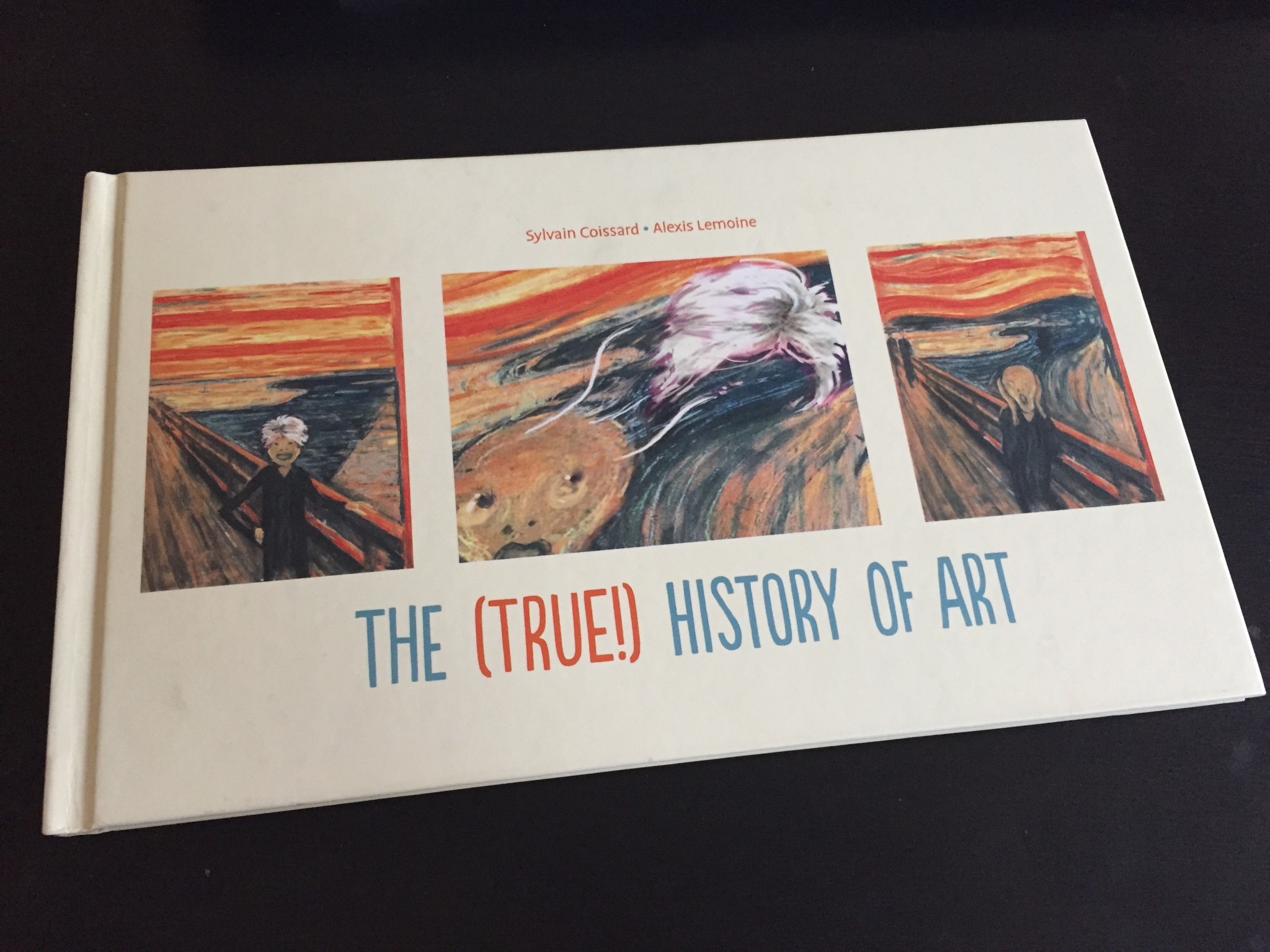 You could use this strategy as a means to explore the technique of a particular artist or an element of visual art. Additionally, this strategy provides an opportunity to have students create inferences from a visual work, and could be a prompt for creative writing. It’s a means for exploring cause and effect or for beginning-middle-end. Depending on your content area and the skills you’d like to focus on, you have some flexibility in how you implement this strategy.

Have students view an image using the “See-Think-Wonder” strategy, and pose the question, what happened before this image was photographed/drawn/painted? You might lead a classroom discussion about observations made in the image and then encourage students to come to their own conclusion as to what happened in the moments before the image was captured.

Have students create three panels, the third of which is the artist’s image (you can provide a template with three panels and the image of study already placed in the third panel). At least one of the first two panels should be created in the same style as the artist, depending on the element of visual art you’d like the student to focus on (color, line, form, etc.). The students will then create their other two panels to reflect the “before” image and the catalyst that led to the final image.

If you’re a little short on time, rather than creating a work of visual art to reflect the sequence of events, you might have students create tableau to integrate a little bit of drama into this ELA and visual art strategy. Happy visual storytelling!