All right, I admit it. I am a Twitterholic. As I check my Twitter feed these days, I’ve been thinking and reflecting: How did I get to this point in my professional growth using Twitter for PD? How could I learn so much online?

I attended a Twitter for PD session at an educational technology conference. The presenter spent most of the time telling us about how she had her students tweet in class on iPod touches. I didn’t get it. The next day I created a Twitter account and sent my first tweet to a friend. I played around with it a bit but did not understand how this was going to work for me. I followed my 21­ year ­old son, a few museums and a few friends. Twitter was not very exciting at this point.

I had a discussion with my son. “So what is with this Twitter thing? I still don’t get it!” He told me I could get local and world news more quickly on Twitter. Hmmm. I followed some local news stations. I used Twitter for news updates successfully through a few severe storms which produced power outages we endured for up to a week! “Ok,” I thought, “maybe Twitter can be useful.”

I did not use Twitter at all as I still thought of it as a poor use of my time.

I was lucky enough to be one of fourteen teachers in my school to be given an iPad. And I remembered something from that 2011 Twitter for PD session. Didn’t that presenter say that I could learn from others with Twitter? It was time to go online and figure out how to do it. Having my own iPad also prompted me to start using the shared student iPad cart. My students used Wixie, an online, cloud based program to draw and save their drawings. We had to use this program because there was no other way to get student work off of the shared iPads. We were sharing devices that were not meant to be shared, and email was disabled. I needed to research ways to remove student work easily. Why have students create something if they can’t get it off of the device?

I looked for educational technology experts online and followed them on Twitter. I learned that effective technology integration is achieved when it supports curricular goals. I discovered how to create innovative lessons, increase student engagement, and mirror my iPad for demonstrations. This research was like taking a technology integration class, for free, at my own pace.

After discovering how much I could learn with Twitter, I knew I needed to find more people to follow. I looked at the educators I was following. Who were they following and interacting with? Which hashtags (#) were they using? I discovered the hashtags that I needed to find other educators with my interests:

The key to Twitter is finding the right hashtags to use and follow. Search “educational hashtags” online to find the ones that interest you. Then go to www.twitter.com/search, put them in the search box and see what comes up! You don’t even have to join Twitter to do this search. Access ideas connected to your professional interests and take ownership of your own learning. Experience differentiation as a learner.

Want to join in? Follow me at @atragg. Let’s have discussions, learn together and challenge our thinking. 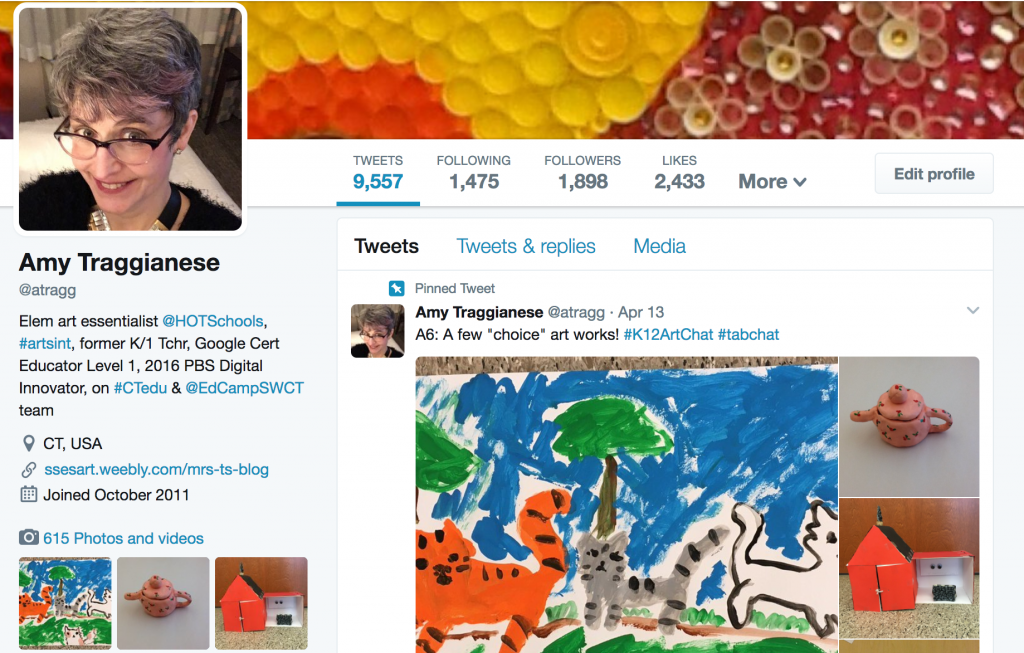