This week, I attended The Art of Institute of Chicago’s exhibit of Van Gogh’s Bedrooms. It’s a fascinating display based on one of Van Gogh’s most recognizable works. In it contains, all three versions of this painting on display, a recreation of the bedroom itself, and a study into the differences between the three versions of a painting that, at first glance, look to be the same but actually contain very distinct characteristics and qualities. Today, I’ll be sharing some ideas of how you can invite observation and inquiry into the classroom, through a study of the three versions of this famous painting.

Van Gogh painted his first Bedroom in 1888, after moving into his “Yellow House” in Arles, France. The original iteration of this work is in the collection at the Van Gogh Museum in Amsterdam. While institutionalized at an asylum in Saint-Rémy in 1889, Van Gogh created a second version of this work, which belongs to the Art Institute of Chicago. A few weeks after this second version, Van Gogh created a third, smaller version as a gift for his mother and sister. This third version of Bedroom belongs to the collection of the Musée d’Orsay in Paris. 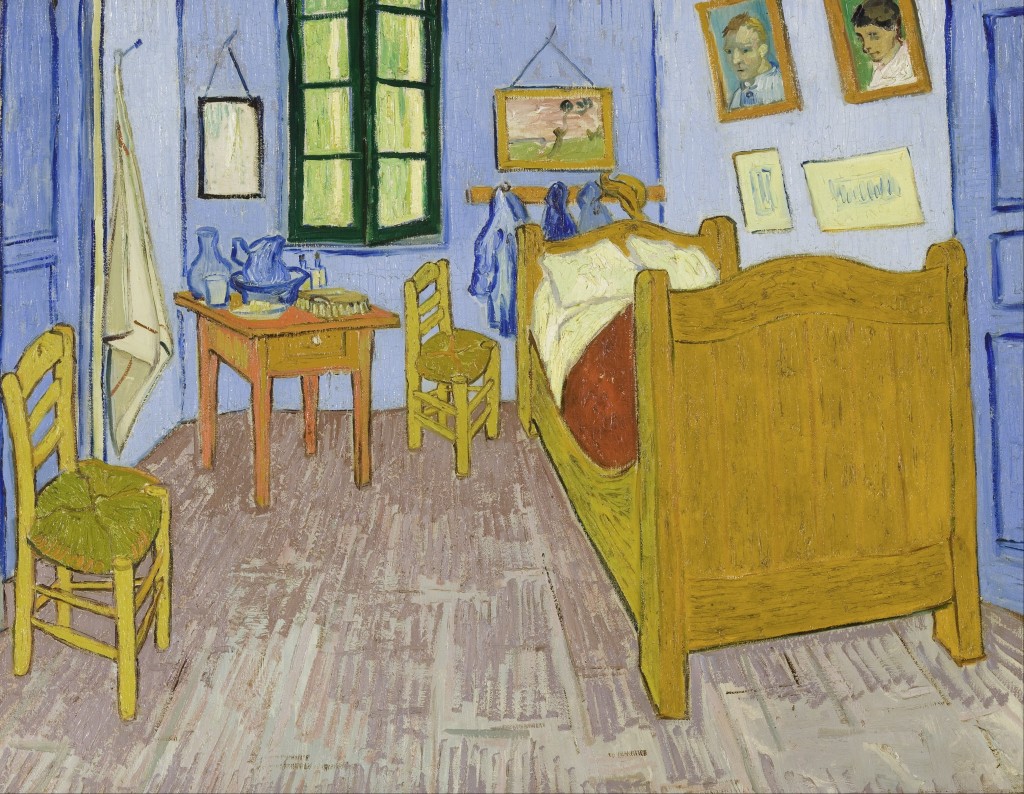 These three paintings, while sharing many qualities, are wonderfully distinct, making it a fabulous prompt for inquiry and observation. Here are a few prompts you might use in the classroom around this fascinating work,

Display the three versions of Bedroom, either by obtaining large prints or projecting digitally (all three versions available via Google Art Project here). Display each painting individually at first, asking students to make observations about elements of art including line, shape, texture, value. etc. (see The Elements of Visual Art poster for more information). This is also a great opportunity to use the iNotice3 strategy.

Zoom in on a particular detail in all three paintings. Ask students to make observations about the technique used to create the detail in the three distinct versions, and then experiment with these techniques. For example, students might make observations about the application of paint, the line, shape and texture used to create the chair cushion in each version of the work, and then work to recreate the detail in each work. You could have students work on their own paper or canvas, or provide a common surface at each table or cluster for students to experiment on. (Van Gogh’s Bedrooms, book, is a great resource on such details). 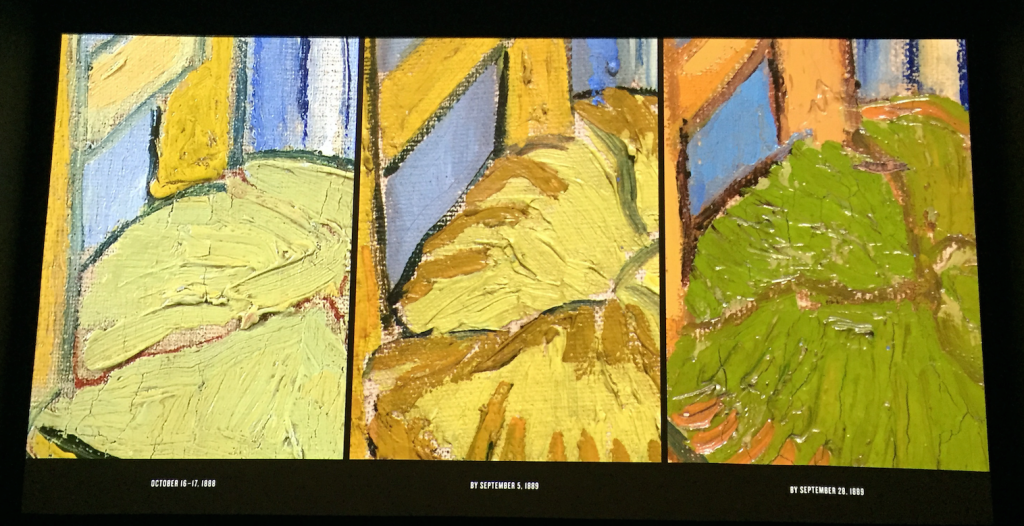 Give students an opportunity to create more than one version of their own work of art. This can be a regular curricular project or it can be a study of something of personal interest and relevance to the student, as Van Gogh’s bedroom was to him. These versions should share content matter and general form, color, line, shape, texture, etc., but just as Van Gogh’s iterations of Bedroom each had distinct qualities based on the actual techniques with which he created his works and in details of the works themselves (i.e., the portraits on the walls), students can experiment with creating a second edition of their original work. Have them compare and contrast their works, citing observations about their own works in an artist’s statement.

As a reminder for students, and a perfect aid for this activity, download EducationCloset’s Arts Integration Student Placemat like this Van Gogh’s Bedrooms STEAM lesson to help them think independently about the elements of visual art,