This two part post was spurred on by the first #K12ArtChat of the new year hosted by Nic Hahn, @MiniMatisse, on the topic of stop motion animation. The timing of the chat could not have been any better. Since, I am currently teaching stop motion animation to my middle school students. 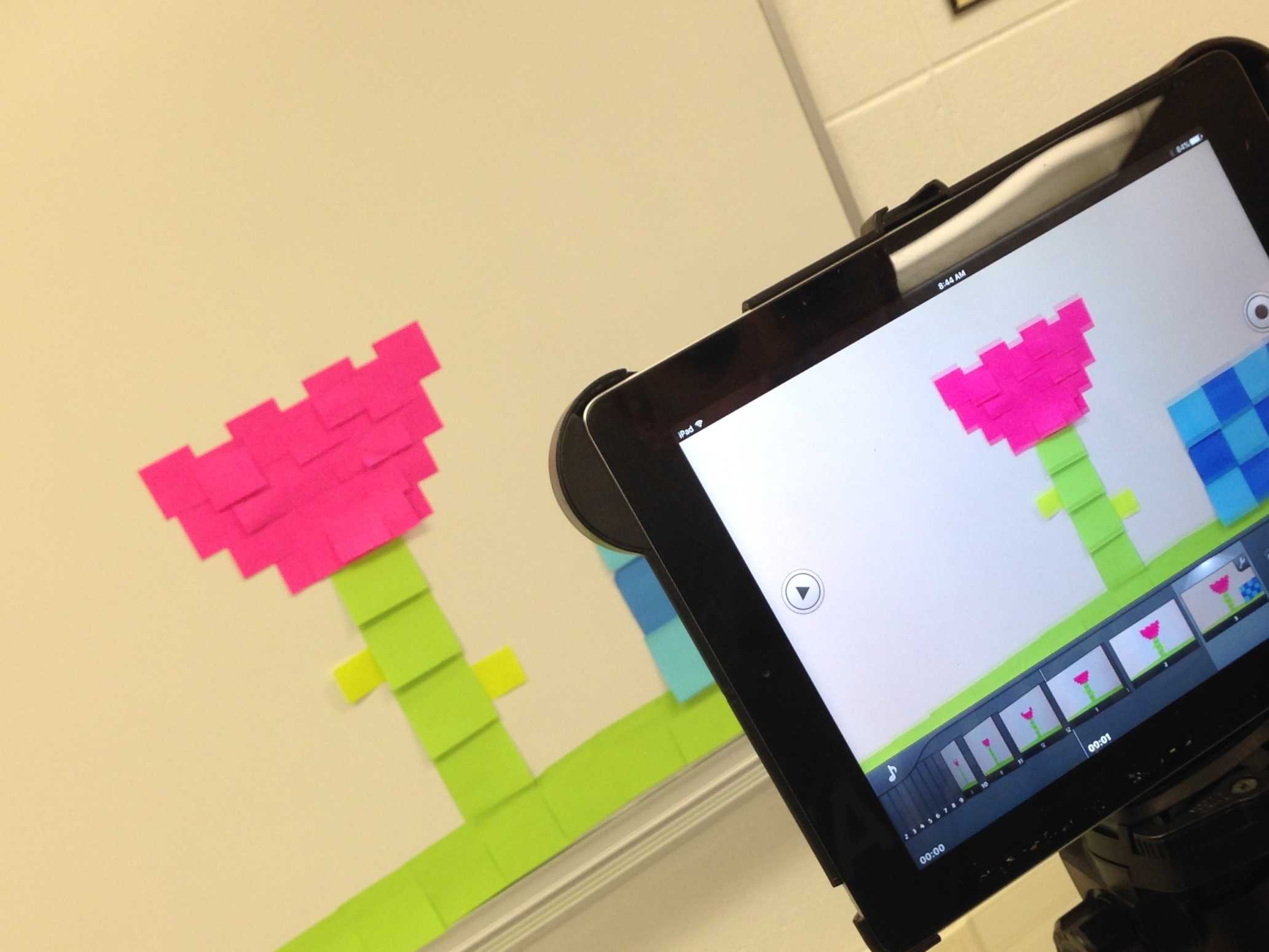 Professionally made stop motion animations are great for highlighting the great visual power of the medium. It’s also important for students to see that the things they see on TV, and in the movies are created by artists. It’s important to reiterate that they get paid to do this, and it’s their job. Showing too many pro examples can easily intimidate your students. Mix in a few student made videos that previous students created. Students will feel more confident in their exploration into the world of stop-motion animation by seeing student made examples. Leaving them with the mindset that they can do this, maybe even better than the ones they just watched.

Day two begins with the pairing up of students. I find that groups of two work best for stop motion animation. After the groups have been made we discuss as a class the reasons stop-motion animations are made. Stop motion animation can be created as a form of entertainment, to teach what you know, to tell a story, to call attention to a problem, or as a piece of artwork. Students now have multiple avenues they can go in brainstorming ideas for their stop-motion animation short. I ask that each group write down at least four ideas for their animation, ultimately choosing one for their project. Quick Tip #2 State your stance on violence. Let it be known from the start where you stand on this topic. Before students begin brainstorming ideas for storylines make is clear what is acceptable and what is not.

Now that students have a written story and decided on the what type of stop-motion animation they will be using it’s time to visually plan animation. At this point of the lesson I cover the basic camera shots and angles of film. I sho 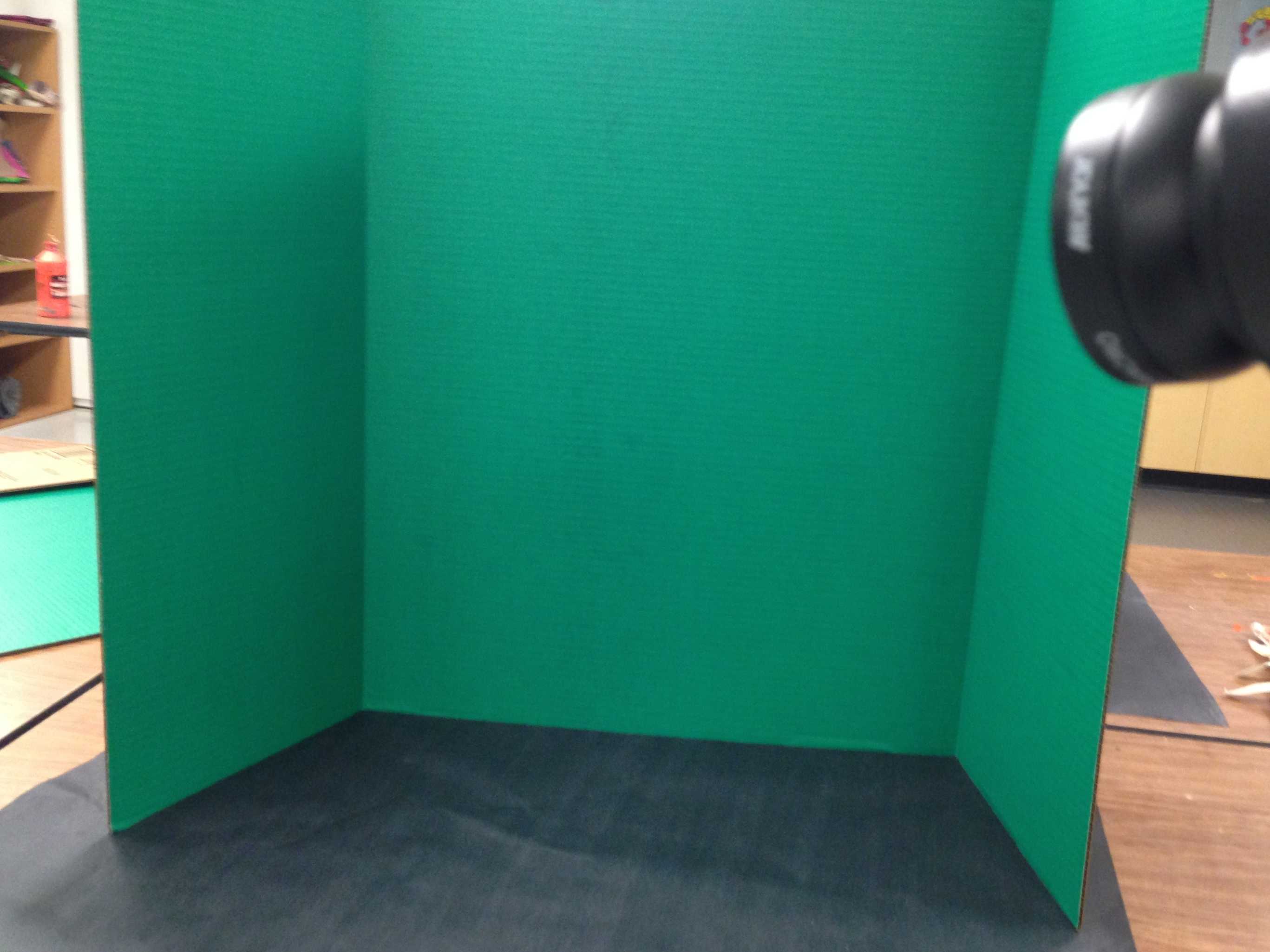 Quick Tip #4 It’s worth the time to teach camera shots and angles.

Students, for the most part, know what these terms mean and look like. The vocabulary isn’t difficult and it’s easy to remember. Most of all, using different camera shots and angles will make their stop motion animations more interesting to the viewer. Teaching why and how the camera shots/angles are use shouldn’t take much time and it nicely transitions into learning about storyboarding.

A storyboard visually tells the story panel by panel, like a comic. Each group will use their storyboard as a roadmap to film their stop-motion animation. I have my students draw six to nine boxes in their sketchbooks to use as storyboard panels. They focus more on what camera shot/angle is being used in each panel and less on how well their storyboard is drawn.

Though it may be tempting to have your students quickly move from storyboarding to filming, don’t allow it to happen! Stop-motion animation is a long process as it is. Having the students plan out each scene and create a solid storyboard will actually save time later, trust me. Students will never say to you,”I don’t know what I’m filming next.” If by chance a student does say that you can respond with, “What is next on your storyboard?”

Next up, part two! Production and Post-Production.